The middle class has connected a lot with Prime Minister Narendra Modi’s New Year housing sop, the home loan subsidy scheme. Banks have already received 12,000 applications from middle and low-middle income homebuyers in just two months. They are currently processing them. By August, this number may reach 50,000, the housing ministry has estimated. Officials have revealed that only 36,526 applications were received under the urban housing mission since June 2015 from Lower Income Group (LIG) and economically weaker sections (EWS). 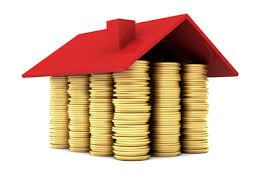 The Indian Prime Minister announced this policy to provide rebate to low and middle income groups on Dec. 31, 2016. The guidelines were issued in March once the assembly elections concluded. The extension of the interest subsidy scheme to the new middle income group and the salaried class has been a tremendous decision, as 12,000 applications in just two months is a clear indication of the immense requirement of the scheme. With time, the scheme will get more popularity and applications will increase too.

The applicants can make the initial payment as the entire subsidy is paid up front. EMIs also get reduced because of this. In case of MIG and EWS applicants, those having annual income of up to INR 6 lacs are eligible for 6.5 percent interest subsidy on housing loans of up to INR 6 lacs. The government gives INR 2.3 lacs right at the start as cumulative interest subsidy to the beneficiaries. This reduces effective housing loan and EMI, writes ET Realty.